COVID-19: This 3-D Simulation Shows Why Social Distancing Is So Important 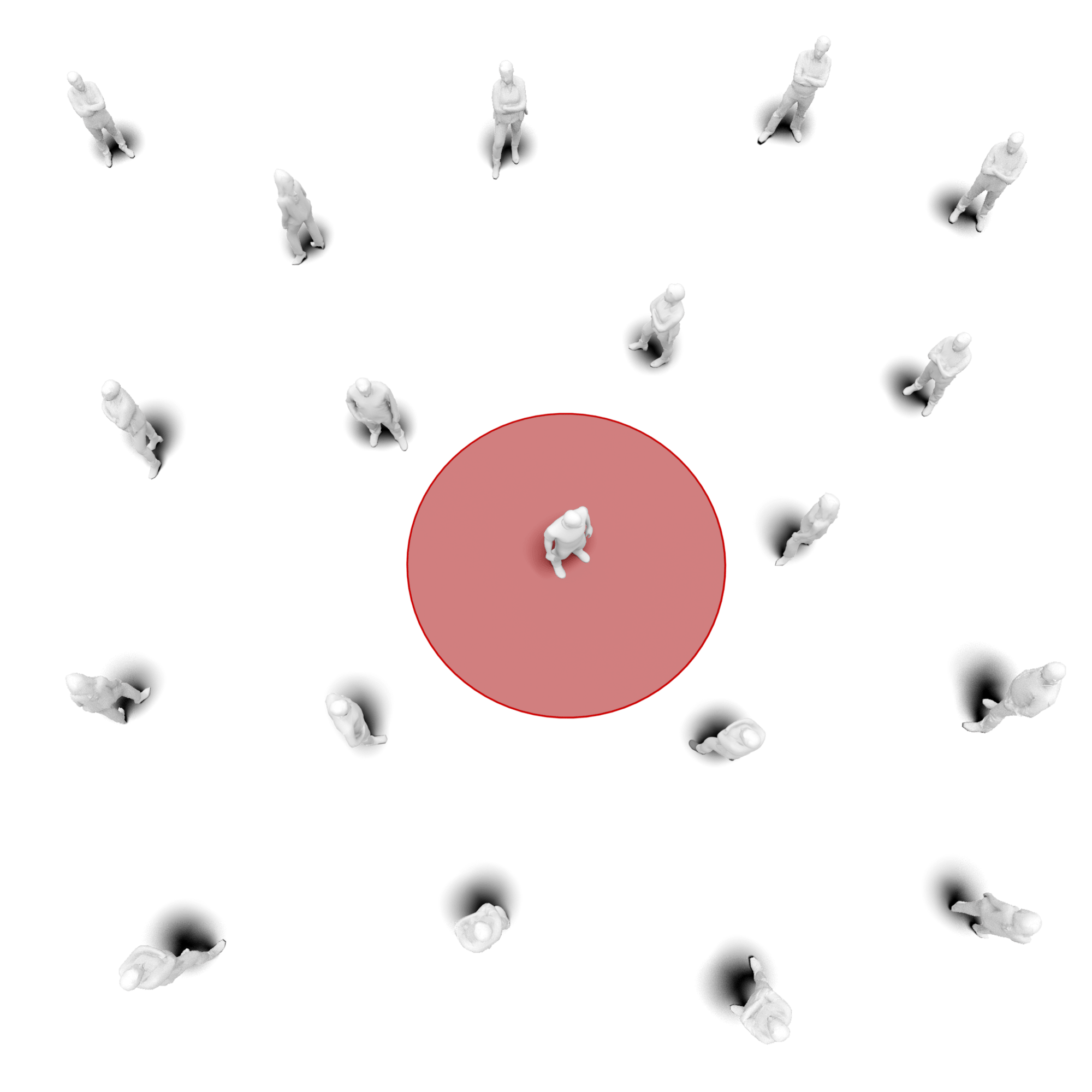 Public health experts and elected officials have emphasized again and again that social distancing is the best tool we have to slow the coronavirus outbreak.

The Centers for Disease Control and Prevention encourages people to stay home. If you must venture out, you should stay at least six feet away from others. The World Health Organization recommends a minimum of three feet of separation.

Scientists are learning about the novel coronavirus in real time, and those who study similar respiratory illnesses say that until it is better understood, no guideline is likely to offer perfect safety. Instead, understanding the possible transmission routes for the virus can help us see why keeping our distance is so important.

Scientists who study the transmission of respiratory illnesses like influenza say that infections typically happen when a healthy person comes into contact with respiratory droplets from an infected person’s cough, sneeze or breath.

This simulation, created using research data from the Kyoto Institute of Technology, offers one view of what can happen when someone coughs indoors. A cough produces respiratory droplets of varying sizes. Larger droplets fall to the floor, or break up into smaller droplets.

The heaviest coughs release about a quarter-teaspoon of fluid, with droplets dispersing quickly throughout the room. The simulation shows their spread over a minute, inside a room of about 600 square feet. Under other conditions, the particles could behave differently.

The C.D.C. says keeping at least six feet away from others can help you avoid contact with these respiratory droplets and lower the risk of infection. That guidance is based on the assumption that transmission mainly occurs through large droplets that fall in close proximity.

But as this simulation suggests, and scientists have argued, droplets can travel farther than six feet. And small droplets known as aerosols can remain suspended or travel through the air before they eventually settle on surfaces. This is how they could disperse over the next 20 minutes.

“It’s not like, ‘Oh, it’s six feet, they’ve all fallen and there’s nothing,’” said Donald K. Milton, an infectious aerosols scientist at the University of Maryland’s School of Public Health. “It’s more like it’s a continuum.”

All of this suggests that keeping a distance of six feet or more can greatly reduce the possibility of transmission, compared with being closer. “The farther you get away, the more diluted it is,” Dr. Milton said of the aerosol.

Coughing and sneezing may not be the only causes for concern. Studies of influenza have shown that infected people with mild or no symptoms may also generate infectious droplets through speaking and breathing.

An infected person talking for five minutes in a poorly ventilated space can produce as many viral droplets as one infectious cough. “If there are 10 people in there, it’s going to build up,” said Pratim Biswas, an aerosols expert at Washington University in St. Louis.

In recent days, public health officials have suggested that, in addition to social distancing, more people should wear face masks to help slow the spread of the virus.

A mask disrupts the trajectory of a cough, sneeze or breath and captures some respiratory droplets before they can spew out. A mask can also prevent large infectious droplets from landing on the nose and mouth, even though it provides minimal protection against inhaling the smaller droplets.

Wearing a mask can help protect yourself and others. So if you do need to leave home, wear a mask and be sure to keep your distance.

Note: This visualization is based on a scientific simulation that has not yet been peer reviewed.